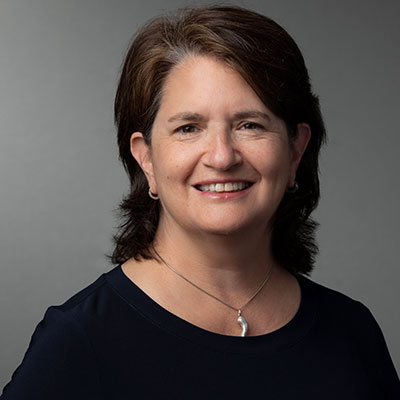 Dr. Lisa Lattanza is the chair of the Department of Orthopaedics and Rehabilitation at the Yale School of Medicine. She obtained her medical degree at the Medical College of Ohio (now the University of Toledo College of Medicine and Life Sciences). She did her internship at the Harbor-UCLA Medical Center, completed her residency in orthopaedic surgery at the University of Missouri Kansas City and did a fellowship in hand surgery at Columbia College of Physicians and Surgeons/Roosevelt Hospital. She did additional fellowship training in pediatric hand and upper extremity at Texas Scottish Rite Hospital for Children in Dallas, Texas. She joined the faculty of UCSF in 1999.

Although Lattanza treats all conditions and traumatic injuries in the upper extremity, she specializes in post-traumatic and congenital reconstruction for pediatric and adult elbow problems, treating patients from around the country and across the globe. She is a world- renowned leader in patient-specific 3D surgical planning and technology for deformity correction. She utilized her expertise in this area when she led a team to perform the first elbow-to-elbow transplant in the world in 2016, transplanting a patient’s left elbow into his right arm to give him one functioning extremity after a devastating accident.

Using 3D computing, she also pioneered a new classification system and approach to the treatment of Chronic Monteggia Fracture Dislocations in children. Lattanza frequently travels to Nicaragua and other countries on mission trips to perform hand surgery and is eager to expand upon the global initiatives already in place in the department.

Lattanza’s research interests include 3D surgical planning for deformity correction, elbow instability and other post-traumatic elbow conditions in children and adults, and diversity in orthopaedic surgery, specifically the underrepresentation of women.

When she began her appointment at the School of Medicine in September 2019, she became one of only two current female chairs of orthopaedics in the U.S. In 2009, she co-founded the Perry Outreach Program to increase exposure of high school girls to orthopaedic surgery and biomechanical engineering. Now known as the Perry Initiative, the program is named after Lattanza’s mentor, Jacquelin Perry, MD, who was one of the first women orthopaedic surgeons in the country. It began with 18 high school girls in San Francisco and has now reached over 10,000 high school, college, and medical students across the country. Lattanza’s research has shown that young women who complete the program are applying and matching to orthopaedic surgery residencies at a rate of about 24%, compared to the national average of about 14%. Her goal is to reach 30% within the next three years.

Lattanza has received numerous awards for both her clinical care and outreach efforts. She received UCSF’s Compassionate Physician award in 2013 and Exceptional Physician Award in 2014, the Jefferson Award for Community Service in 2014, and has been ranked by her peers as a Bay Area Top Physician for multiple years. In addition to her other leadership roles, she served as president of the Ruth Jackson Orthopaedic Society in 2017 and is active in the American Academy of Orthopaedic Surgeons, the American Society for Surgery of the Hand, and the American Orthopaedic Association.